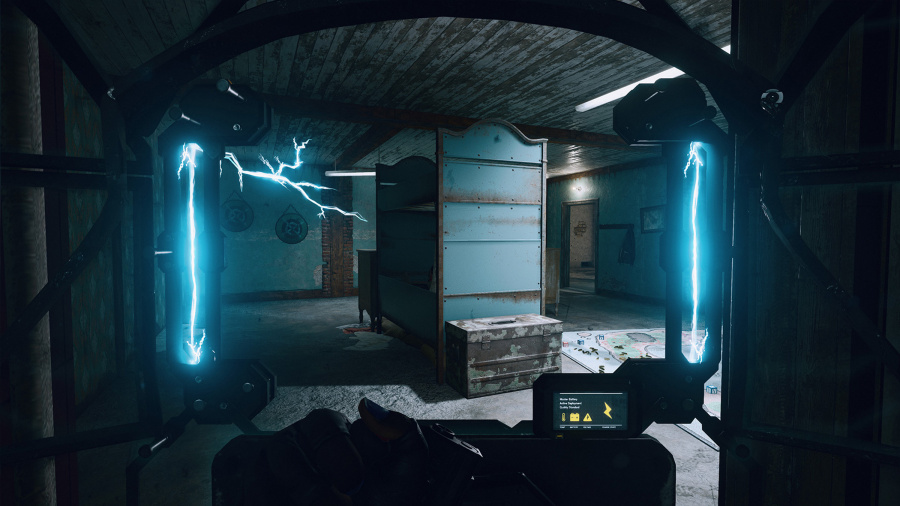 As of December 1st, Tom Clancy’s Rainbow Six: Siege is five years old. Yes, you read that right. But how to celebrate such an incredible milestone for one of the only true Games as a Service success stories? Well, how about a shiny new version of the game that offers an array of improvements? Sure, there are still plenty of issues, but if you’re torn between the PlayStation 4 and PlayStation 5 versions, then the next-gen edition is unequivocally the superior options.

You already know what Rainbow Six: Siege is: it’s one of the biggest competitive shooters on the planet. But for anyone unfamiliar, Rainbow Six: Siege sees two five player teams of unique characters face off in “war games”, built around alternating between attacking and defending sets of objectives. While attackers use drones to recon the area, defenders prepare for the coming siege by placing defensive gadgets and reinforcing walls. If you’d like to hear, even more, check out our original PS4 review, though the experience has changed a lot since then.

While the campaign and the terrorist hunt modes are largely unchanged, the online mode is almost completely unrecognisable. The title has undergone an insane number of overhauls through the years, seeing upwards of 20 large updates. These changes have offered up new operators to play as, new maps, new systems, and everything in between. Character unlocks, map rotations, weapon attachments – these all function differently from launch. Even firing a gun is different, as recoil has been completely overhauled. Some gadgets or attachments are no longer in the game, and an operator has even had their entire purpose altered. We of course mean ‘The Lord’ himself, Tachanka, who received a major rework that debuted with this new version of Siege.

This incredible depth of support has helped the title’s player base grow at an exponential rate. The plan has gone so well that in September 2019 the title’s Twitter account shared that it had surpassed a staggering 50 million players. Things have been stable for some time, too. There hasn’t been a pressing need for a new Operation Health, the infamous “season” where the game was plagued by so many issues that regular updates needed to be halted.

This stability further aids the PS5 version, as new players will get to experience the game at optimal capacity. All elements of the title, be it gunplay, tactics, or the variety of operators are absolute perfection. It represents the most satisfying shooter experience we have ever encountered. And the PS5 incarnation of the title brings with it a bevy of small but welcome changes that further enhance the experience.

Some of the maps you might recognize by name are no longer what they appear. After the map count hit 20, efforts were made to go back to the original lineup and begin reworking them to fit the newer play style. As players spent more and more time with the game, it became clear many of the early maps were either too small or didn’t have the right sightlines to be fun, so the team went back to the drawing board. This of course does not include the campaign-only map, Bartlett, which was added and subsequently removed from online. Debuting alongside the PS5 version of the title we have a reworked Skyscraper, a map from the title’s opening year of support.

It is worth investing the time to learn – or re-learn – the maps, as situational awareness is a core element of the title. Players are generally expected to know sightlines and be able to identify operators on audio cues, know which walls to reinforce, and which to not. These are all things that can be more easily accomplished in T-hunt at least initially. The game’s online component has such a massively steep learning curve, that it’s practically expected of you to know everything the second you load into a game. Failure to “know the rules” often leads to being team-killed. This is why the implementation of the PS5’s Accolades system is exciting. At the end of a match, a prompt to give out accolades shows up, having been natively integrated into the experience, which is a genius move to hopefully encourage a notoriously toxic community to play nice, though we are sceptical.

Rainbow Six: Siege, like any other massively successful title, has a brutal fan base. While there are heart-warming stories, like community memes being embraced by the devs – Rook Mine, everything about Tachanka, or the incredible Instagram artist Sau_Siege – there are a bevy of community issues that run rampant. It’s also worth noting that the basis of Rook Mine is a team kill. The most notable issue, though, is cheating, with mouse-and-keyboard players being so plentiful on console that you may find yourself only encountering a fellow controller player every few hours. This is especially bad in ranked playlists, but it’s present in the casual ones as well. Cheating is so severe that we can’t possibly fit everything into this review, so be on the lookout for a supplemental piece in the coming weeks.

This issue is so prevalent in fact that it ruins one of the most exciting additions to the PS5 version: haptic feedback. The trigger tension afforded by the DualSense is brilliantly implemented, requiring stronger presses of the trigger based on the calibre of weapon you use. While it feels great, and absolutely aids in immersion, it actively puts PS5 users at a disadvantage. Trigger tension is non-existent on PS4 and of course on mouse and keyboard. As much as we like the feature, we ultimately disabled it so as to not handicap ourselves. Given the split generation, and how few people seem to be using controllers among the longer-tenured players, it becomes increasingly difficult to recommend leaving on.

Delivering a final verdict for Tom Clancy’s Rainbow Six: Siege is complicated. Purely on the title’s merits, it’s a PS5 upgrade that is unquestionably an improvement and comes highly recommended. But on the other hand, even with all the new bells and whistles courtesy of the PS5, the title is a horrifying cesspool of cheating and toxicity of which very little has been done to stem the tide.