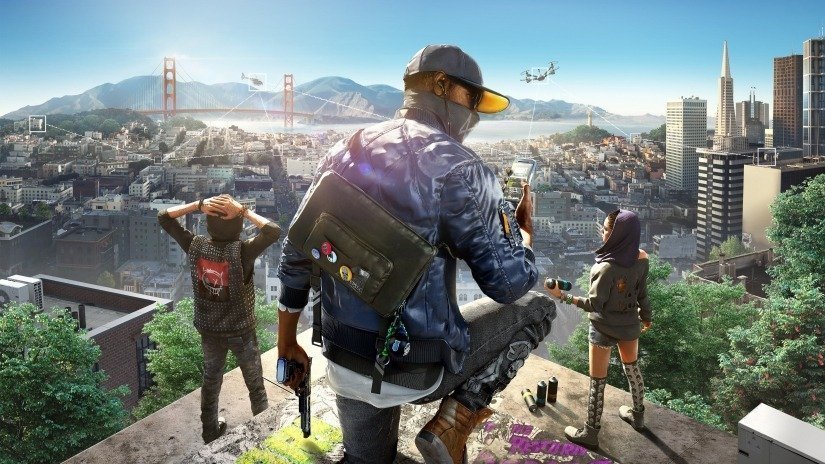 Download Top 20 Hacking Games every Gamer must play for FREE

Hacking Games are a unique genre that has a very particular yet very active audience worldwide. There are also hacking simulation games that you play to learn hacking. These types of games are popular among those people who have a keen interest in the world of hacking and love to play hacking games for PC. Many of these hacking games for pc are available on steam and similar sites.

I bet you haven’t seen Hacking games for PC as a genre in the gaming world before but they do exist, so there is a high possibility that you have missed out on some of the most amazing hacking games for pc. So without further ado, let’s go through our hacking games collection:

Nite Team 4 is a hacking simulation paired with a strategy genre with Alternate Reality Game elements connected to The Black Watchmen universe.
You play as a recruit and have to execute missions and engage in cyber warfare with black hat groups. The graphics are amazing, and the gameplay is sophisticated. It is available for PC and MAC on steam for roughly $10.
It has plenty of DLCS, and a lot of extra content is added. Do check it out. It is the top hacking simulation game according to us. 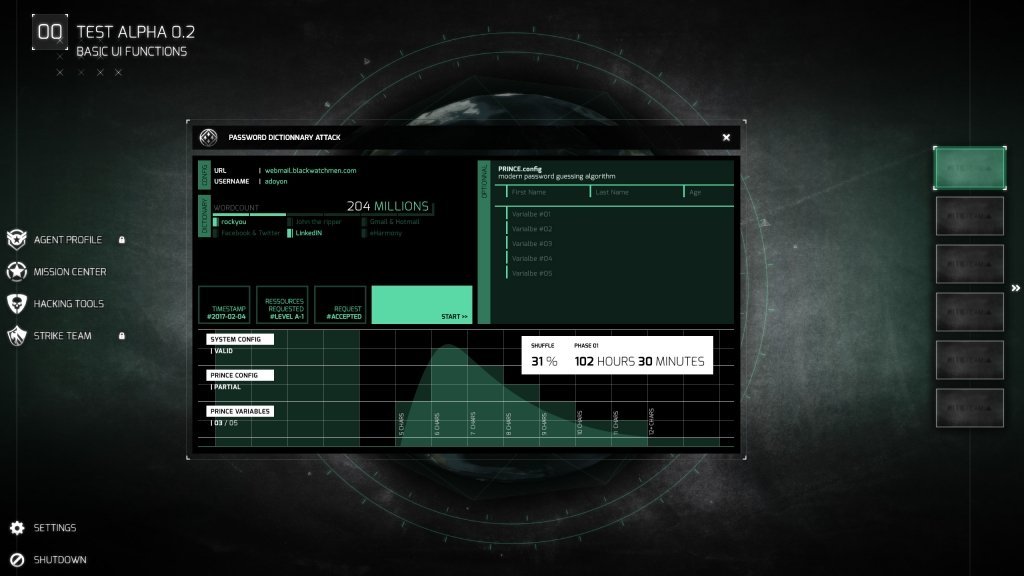 Hacknet is a 2015’s hacking game for PC that allows the players to a hacking simulation with a computer hacking and a subtle story-based background.
The game runs on two platforms: the graphical user interface and text-based console. The platform used in the game is Unix. The story goes like you receive contact from “bit” and it says that the message was sent in the event of its death.
It asks you to investigate his death. The story takes some interesting turn of events and keeps you busy for a while with learning missions and investigation. This game is also available on steam for around $5 roughly.
It also has a DLC it’s a great hacking simulation game for real-life hacking scenarios.

Watch Dogs is an open-world game, free roam, single-player and third perspective hacking game for PC from Ubisoft Montreal. The open-world can be navigated or roamed by foot or a vehicle in the game.
This game can be played offline but also in online multiplayer mode with eight players for the missions and all. The story takes place in Chicago by the hacker Aiden Pearce who wants to revenge his niece’s death. The Aiden can control traffic lights, trains, infiltrate security systems, jam cellphones just with his smartphone.
The game is available on Steam for $20 for Watch Dogs 1 and $40 for Watch Dogs 2. Both are more interactive type games rather than the traditional console-based environment. Also, the newer watchdogs 3 legion is on its way. Enjoy the Hacking world of watchdogs.

Deus Ex is a role-playing video game made by Ion Storm and Eid Montreal. The series contains six games: Deus ex (2000), Deus Ex: Invisible War (2003), Deus Ex: Human Revolution (2011), Deus Ex: The Fall (2013), Deus Ex Go (2016) and Deus Ex: Mankind Divided (2016).
The story goes in the 21st-century timeline with the war between the secretive factions who wants to dominate and control the world using proxies and the rebellions. This series was famous within the gaming community, which made the total sale of 5 million units all over the world. This game is available on Steam.
Do buy the whole collection while it’s on sale that way you can experience the complete hacking experience at a meager price.

Grey Hack is an MMO hacking simulator game that was designed to take on a fun and innovative approach to hacking. This simulator has made hacking an amazing experience while giving you the knowledge of how hackers hack systems. Its latest and most innovative gameplay has given it the rank 5 spot in our list of top hacking games. It is created by a company called loading home. It has single-player as well as multiplayer missions. And yes you have kali tools in the game. You can get it on steam as early access and it might become the top contender for hacking games for pc.

An amazing game that shows you how lethal hacking can be. Available on steam to buy. Clandestine is a 2-player or singleplayer stealth/hacking game set in 1996. Asymmetrical co-op allows one player to take the role of the spy while a friend provides overwatch and assistance as the hacker, and unravel a post-Cold War espionage conspiracy. It has a rather great hacking system for a game and is quite well-tailored for those gamers who love hacking and stealth. A great hacking simulation game every hack must play.

Uplink is a simple hacking game for PC released by British company Introversion Software in 2001. It is the simulator of real-world hacking.
You play as an Uplink agent who makes a living by working for major corporations. Your basic tasks are haking into to rival’s computer, stealing the information, framing the innocents and that kind of stuff.
This game is available on steam for around $7 approximately. It’s completely console-based and can help you learn all the basics of hacking. You do need some technical knowledge to play this game since it is a hacking simulation game.

HackThisSite is not exactly a game but a platform where the worldwide hackers test their hacking skills and complete daily challenges.
Jeremy Hammond founded this site, and after his departure, the website is handled by his community. It has the aim of providing the knowledge and skills of hacking legally by daily practice and difficult challenges.
The community has a base of over 1,800,000 members, but the actual active member is thought to be low than that. But the challenges can help you get a lot of real-life experience.

Just like the previous platform, Hack The Box is an online platform to test and advance your cybersecurity and penetration testing knowledge and skills.
It also allows you to exchange ideas and methodologies with thousands of people in the security field. It’s a cool place to test your hacking skills. There are some cash prizes as well. Do check them out.
It is an amazing experience comparing your skills with other users all over the world.

Hack mud is a cyber punked themed hacking simulator game. It is the text-based game designed for Intel-compatible personal home computers only. This game is supported on various platforms like Linux, Windows, and, Mac.
The game has an engaging storyline, retro-futuristic text-based computing visuals, 90s style of hacking mode, dynamic events, and so on. This game is available on steam for around $9 and can go down for $6 in special offers and steam events.

PicoCTF is a computer security game that is meant specifically for students studying hacking and security. It’s free to play and you can register it on their official site. It consists of a series of challenges with amazing stories where you need to find hidden secrets(called flags). It is meant for middle and high school students, and only over 13s are eligible to play. Others can play it as well as long as they are older than 13.

This is a free hacking simulator game meant for beginners who are new to the hacking world. This game has levels so that you can slowly and steadily increase your hacking skills. If you don’t have the technical knowledge required than this game will teach it to you. It is an amazing concept to help students and best of all its free.

You start at level zero and keep rising to level 34. That is the max level.

Similar to bandit this too is a hacking simulator game that is free to play and meant for students to learn and improve their skills. It requires some technical knowledge and you are expected to find the flags and complete the CTF hacking challenges. You can compete with other players and you have rankings based on the number of challenges you complete. This game was specifically designed to test and improve your hacking skills and have fun at the same time.

This-100 is a puzzle and programming video game intended to make learning fun and exciting with various tasks. It an open-ended programming game in which the player has to re-write the corrupted code segments to repair the Tis-100 and unlock its secrets.
The game also provides the facility to create your challenges and tasks for your friends and compete. You can also create a game within a game with the right amount of knowledge and experience.

Quadrilateral Cowboy is a puzzle game created by Blendo Games and released in 2016 for Microsoft Windows, Mac OS and, Linux.
The timeline of the game is 1980 where the player is a hacker with a 56.6k modem and top-notch 256 kB of RAM ready to take a bumpy ride. It is a first-person perspective game. This game is available on Steam for around $10 roughly.

Gun Point is a combination of stealth and puzzle with partial hacking into the system now and then. The game takes place in the future where the player is a full-time spy named Richard Convoy, who is tasked with infiltrating buildings to fulfill assignments from various clients.
To complete the missions, the player must avoid guards, bypass security features, usage of high tech gadgets, and so on.

The replica is an interactive game played through cellphones and social media. The player is given a cellphone of an unknown person, and there are hints all over the phone for passwords and all.
You have to find the clues and unlock the secrets with it. The main feature is that the game has 12 multiple endings that depend upon your decision and skills capability.

Exapunks is an open-ended puzzle and hacking game for PC from Zachtronics available on steam for $10 approx.
The story takes place in 1997 and the player used to be a hacker but now is just sick with phage (short for bacteriophage).
So you make a deal, one dose for one hack. With nothing to lose and life on the line, the story takes interesting twists and engages the player in a thriller mode.

Duskers is one of the best strategic games from Misfits Attic released in 2016 for Windows, Linux, and Mac OS.
The player assumes to be a person controlling drones, hopping between ships and salvaging metal and scraps. These loots can be used to upgrade and repair the drones.

Else Heart.Break() is a hacking game where you play as Sebastian, who has moved to the big city of Dorisburg after landing the job of a soda salesman. I know what you are thinking what’s that got to do with hacking.

As the story starts you meet new friends and a girl you like (Cliche I know) then you realize that they are a hacktivist group. You now join them in their hacking missions and start hacking. You also get to learn their own programing language called SPRAK. Now you flip from a soda seller to a full-fledged hacker. A great game truly. I recommend playing it.

So these were some of the most excellent hacking games for pc that we could get our hands-on.