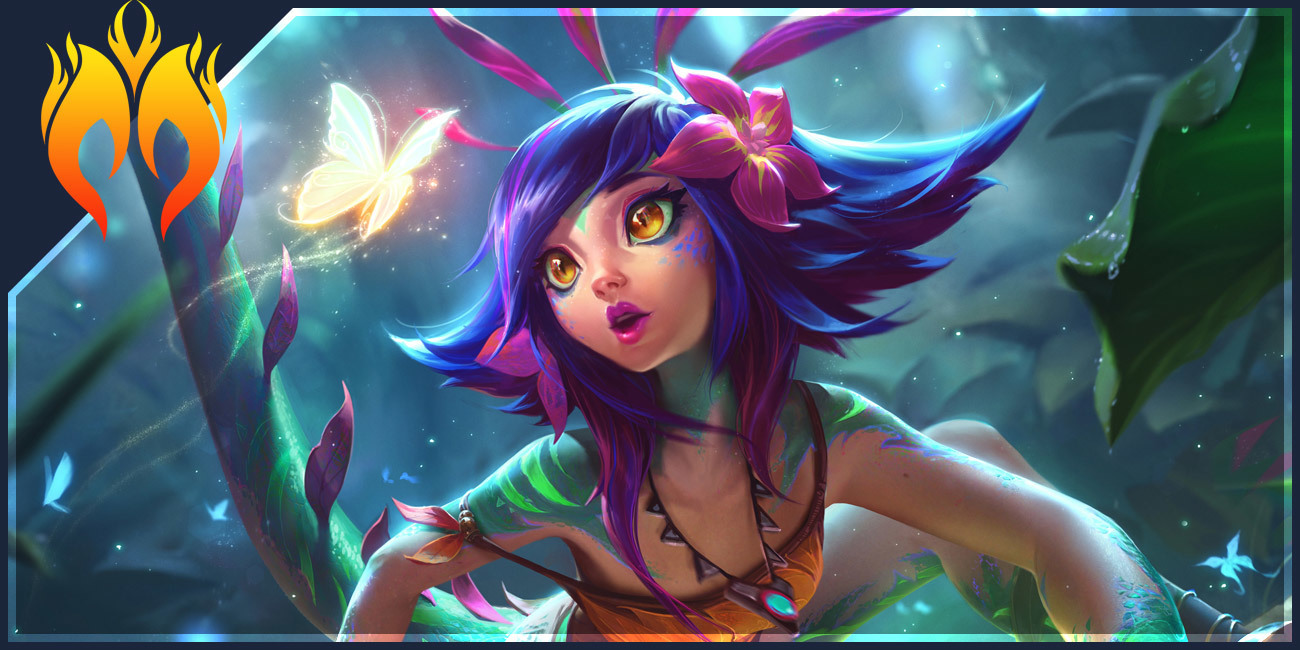 Neeko, you will always want to connect to the fight from the unexpected side or with the advantage of surprise, your

Shapesplitter allows you to take advantage of the fact that it does not show the charging of your ultimatum, while you are in mask, so that you can get as close to the enemy as possible. Remember that your

Pop Blossom is very good in teamfights. Always try to find an approach from the flank to enter the team fight, or use your

Flash to quickly cover the distance during the ultimate cast.

It is worth noting that

Neeko isn’t the best splitpusher, at sieging of she is also not very good, because she has a short range of abilities. But she is good during teamfights, each of which at the end of the game can decide exodus. Try to build synergy with your team. For example, Neeko with

Curse of the Sad Mummy. I really like the synergy between Amumu and Neeko, because she needs time to use her abilities, what can allow Amumu, also their abilities work by area. If your team has any сhampions like

Jarvan IV who can lock up the opponent – this is great, because then it will be much easier for you to realize yourself!

So, in the late game, never forget about the control of the wards on objects, the correct synergy of the team in your actions, always keep a red ward with you to clear the enemy’s wards. You can buy on last place

Control Ward, until you collect money for 6 item.

In General, i think, if your team has characters that can initiate a fight, don’t initiate it yourself. Let your team members do it instead of you, as a last resort you must walk around the scene of the fight and try to hit someone.