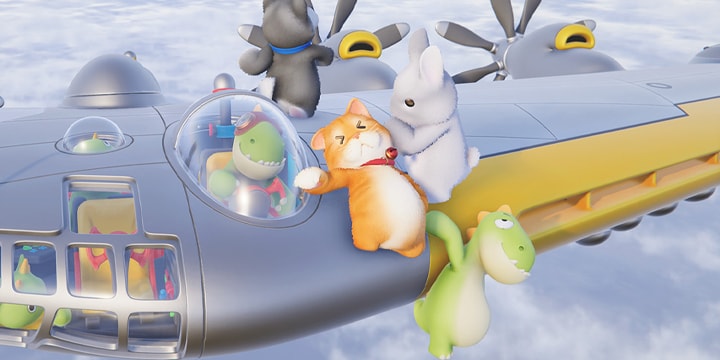 Steam’s ‘Party Animals’ Might Be Your Next ‘Fall Guys’

If you’re looking for another multiplayer game to spend your social distancing times virtually with your friends, Steam‘s Party Animals could be the next Fall Guys for you.

Developed by Recreate Games, Party Animals is basically an even cuter version of Gang Beasts, allowing you to play as cartoon animals like puppies and kittens while dishing out punches and throws against your friends — or enemies. The game supports both online and offline play while you stumble your way to victory, and the free demo debuted to massive popularity, gaining more than 138,000 concurrent players in just over a week’s time. Unfortunately for those who haven’t experienced its chaotic gameplay, the free demo period will end on October 13 at 1 p.m. EDT.

To learn more about the game or catch the last bit of the free demo, you can head over to Party Animals‘ Steam page  and watch the game’s trailer above.

In other gaming news, Fortnite has brought back the massively-popular John Wick skins.