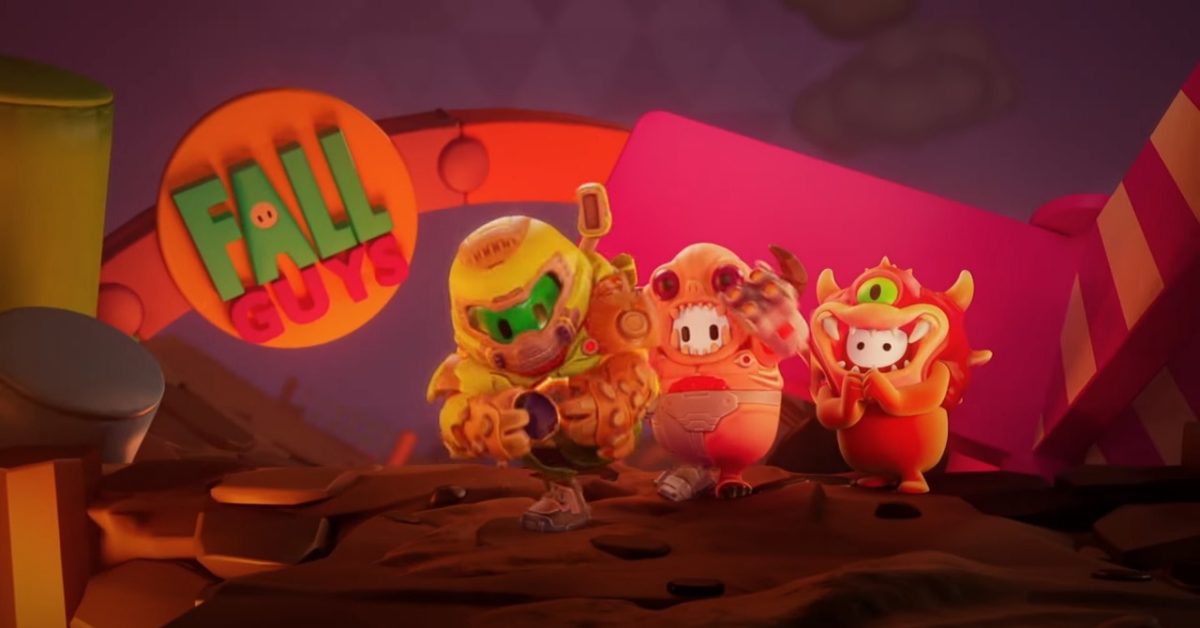 Yes, you read that headline correctly, as Fall Guys will be getting three new costumes next week all themed around DOOM. Devolver Digital and Mediatonic released a new trailer this morning showing off three new costumes in what appears to be a DOOM-themed obstacle course, all of which we assume is being done as part of a new partnership between them and Bethesda Softworks. As you can see from the image below as well as the trailer at the bottom, you’re getting Doomguy, a Cyberdemon, and Cacodemon costume, all of which look about as cute as they can get considering one is a rip-and-tear soldier while the other two are basically hellspawn creatures. We’re not entirely sure what the release order of these will be at the moment, seeing as how the company really didn’t really any other info about it beyond the fact they’d arrive in the game on January 12th. 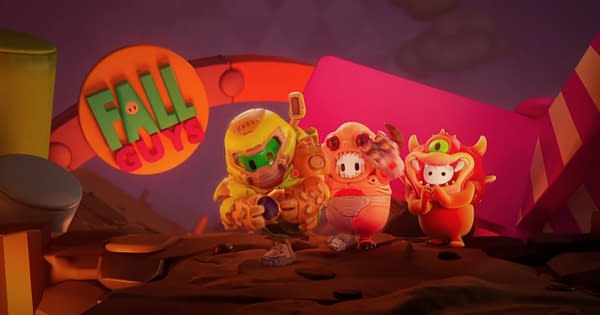 There won’t be so much ripping and tearing, more like falling and jumping. Courtesy of Mediatonic.

The part we’re far more interested in, which we have no clue if it will be added to the game or not, is the level that you see in the trailer. There’s a part of us that’s pretty sure it’s just a fun little promo design as part of the trailer and that in no way, shape, or form will the devs be throwing a DOOM level into Fall Guys. But at the same time, we would love to see that level added to the game, if for anything to put a little fear into some of the players who come there to harass others. This is where you go when you cheat at the game! But that’s just wishful thinking on our part, as we hope someone on the team is reading this and is adding that level as we speak.

Gavin is the current Games Editor for Bleeding Cool. He has been a lifelong geek who can chat with you about comics, television, video games, and even pro wrestling. He can also teach you how to play Star Trek chess, be your Mercy on Overwatch, recommend random cool music, and goes rogue in D&D. He also enjoys hundreds of other geeky things that can’t be covered in a single paragraph. Follow @TheGavinSheehan on Facebook, Twitter, Instagram, and Vero, for random pictures and musings.