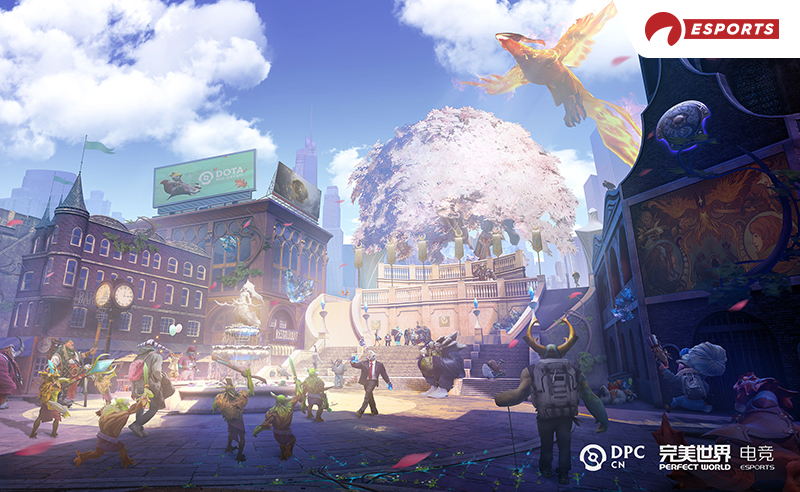 Chinese Dota 2 has always been considered to be some of the best Dota gameplay in the world and we’re in for a treat from April 13 as eight of the region’s best are set to battle it out in a lengthy league.

As is now the Dota 2 standard for the pro circuit, teams at this event are fighting for a $205,000 prize pool, circuit points and coveted spots at the upcoming major. With so much on the line, it’s set to be an amazing league!

Before we take a closer look at the event, make sure to familiarize yourself with all things Dota, and let’s jump right into the juicy details.

We’re set to see eight of the region’s best in the China Upper Division, including season 1 and Singapore Major champion Invictus Gaming, legendary Chinese teams Aster, ViCi Gaming, PSG.LGS, Ehome and Royal Never Give Up, as well as some newer organizations in Elephant and Sparking Arrow Gaming.

With the new format coming in this season, Sparking Arrow and RNG are the two teams that earned promotion from the lower division, while the rest of the teams maintained their spots thanks to their season 1 results.

As for the league itself, it will once again be played out over four weeks, with teams competing in a round-robin format, meaning each team will play every other team once in a best-of-three series.

Odds as of April 9 at Bovada

Invictus is definitely the team to watch coming into China Upper Division Season 2. The team has reached an incredibly high level recently, taking home season 1 of the Upper Division and pulling off a stunning comeback against Evil Geniuses to win the Singapore Major.

The team looked incredible in season 1, as they lost just one series, against second-placed Aster, whom they then defeated in a tiebreaker to win it all. Similarly, their performance at the Singapore Major was nothing short of mind-blowing. Not only did they take out favorite Team Secret, but they also defeated the legendary LGD team, and pulled off a stunning comeback from 2-0 down against Evil Geniuses to win 3-2.

Overall, IG looks like one of the best teams in the world (if not the best) and it’s difficult to see anyone stopping them. However, this is China, and many teams are on an outstanding level themselves – we’ll certainly see a lot of competition, although Invictus is definitely the favorite.

Team Aster has always been one of the better sides in China, yet throughout 2020 they struggled to take that final step to take home a trophy. Their year was littered with runners-up and third-place finishes, but never a win.

There was finally hope for Aster to win something as they defeated Invictus in China’s Upper Division and finished the regular league season tied in first place – all they needed was one more tiebreaker to finally see that gold.

However, IG proved that tiny bit too strong, and Aster once again faced the silver medal. Considering their impressive placing, they are definitely one of the teams that have the potential to win in season 2, and they’ll be looking to take down the favorites on their way to ending their trophy drought.

Is China’s League The Most Competitive in The World?

If you’re a fan of exciting Dota, the Chinese league is definitely the one to watch this season. The competition in the region is as close as it can get and, honestly, most of the teams could win season 2 and it wouldn’t even be too much of a shock.

IG is the obvious favorite, but PSG.LGD is also a very strong side and maybe even the most individually talented team in the region. Still, they came in fourth last season, with ViCi finishing above them, while Elephant managed to secure a vital win over LGD as well. Then there’s Aster, which was just an inch away from securing the title itself.

There’s a definite chance any of the top five teams could win it and season 2 is definitely going to be a close one. If you were going to take a risk somewhere, the Chinese league might be your best bet.