Get ready for the biggest free content drop in Black Ops history. Fueled by the revenge of Vikhor “Stitch” Kuzmin, a dangerous enemy to Russell Adler, Season One of Call of Duty: Black Ops Cold War and Warzone will feature a host of new Multiplayer maps, including Rebirth Island, the fateful place where Stitch’s thirst for vengeance was born. 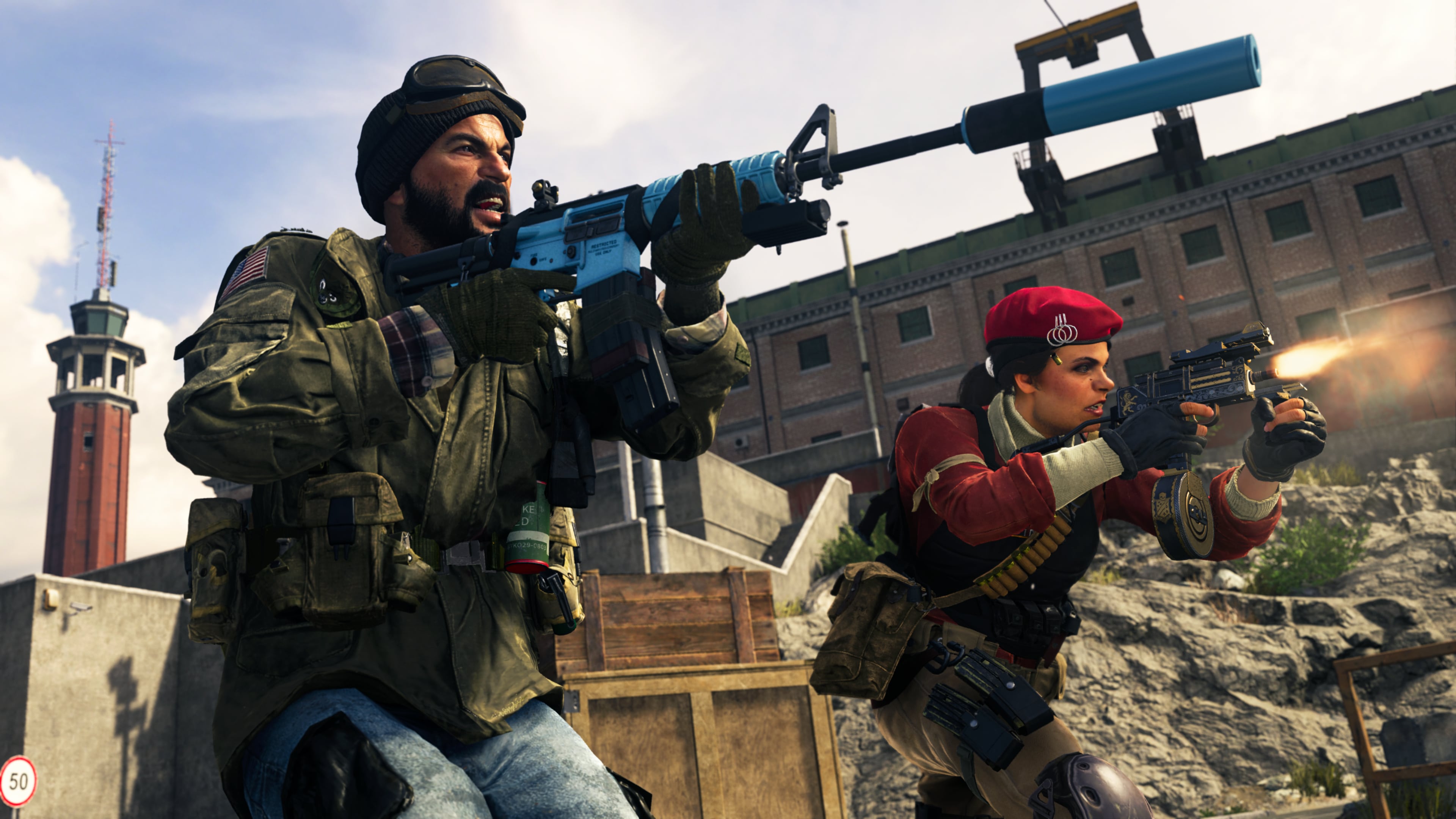 An entirely new battle royale experience comes to Warzone in the form of the experimental Soviet bioweapons site and prison known as Rebirth Island. Dive into this new map and complete a fraught and frantic limited-time event with over a dozen free rewards to claim, as well as additional clandestine secrets to uncover.

Defined by intense and frenetic close-quarters combat, Rebirth Island is an all-new, small-scale map that features a player count similar to a Mini BR match. Trios and Quads will brawl across dozens of new locales, and with the new “Resurgence” game mode, where respawns happen every 30 seconds, there won’t be a shortage of epic moments and reinforcements until the last squad is left standing. 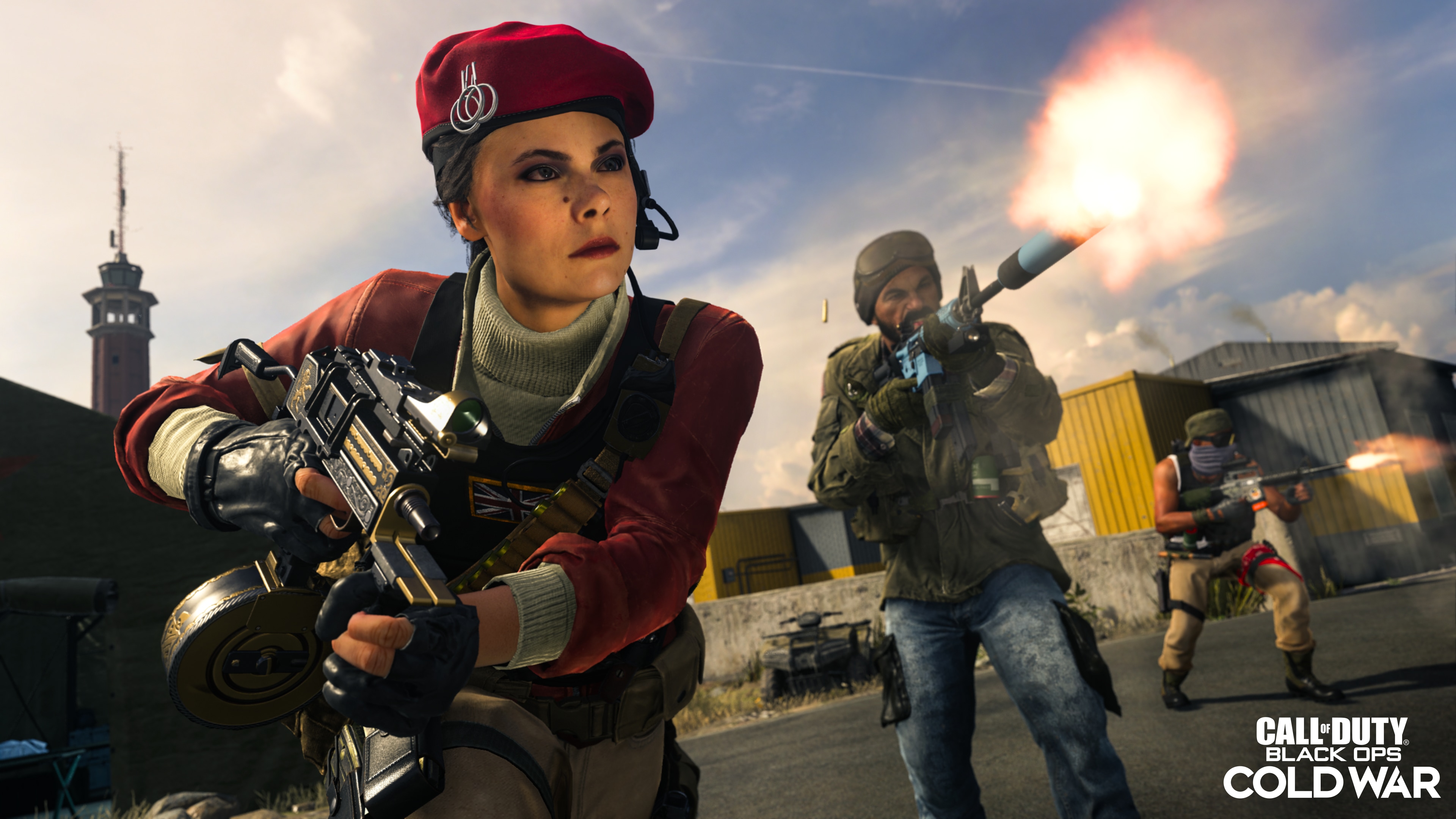 Along with Rebirth Island and the introduction of Black Ops Cold War weaponry, Warzone also has two new Gulags to explore: a scaled-down version of Nuketown for Verdansk, and a small Prison Block arena deep within the bowels of Rebirth Island.

Don’t forget Season One is the start of integration between titles; gain XP and level up in either game and get ready for a bigger gunsmith table as the entire Black Ops Cold War arsenal becomes available within Warzone! 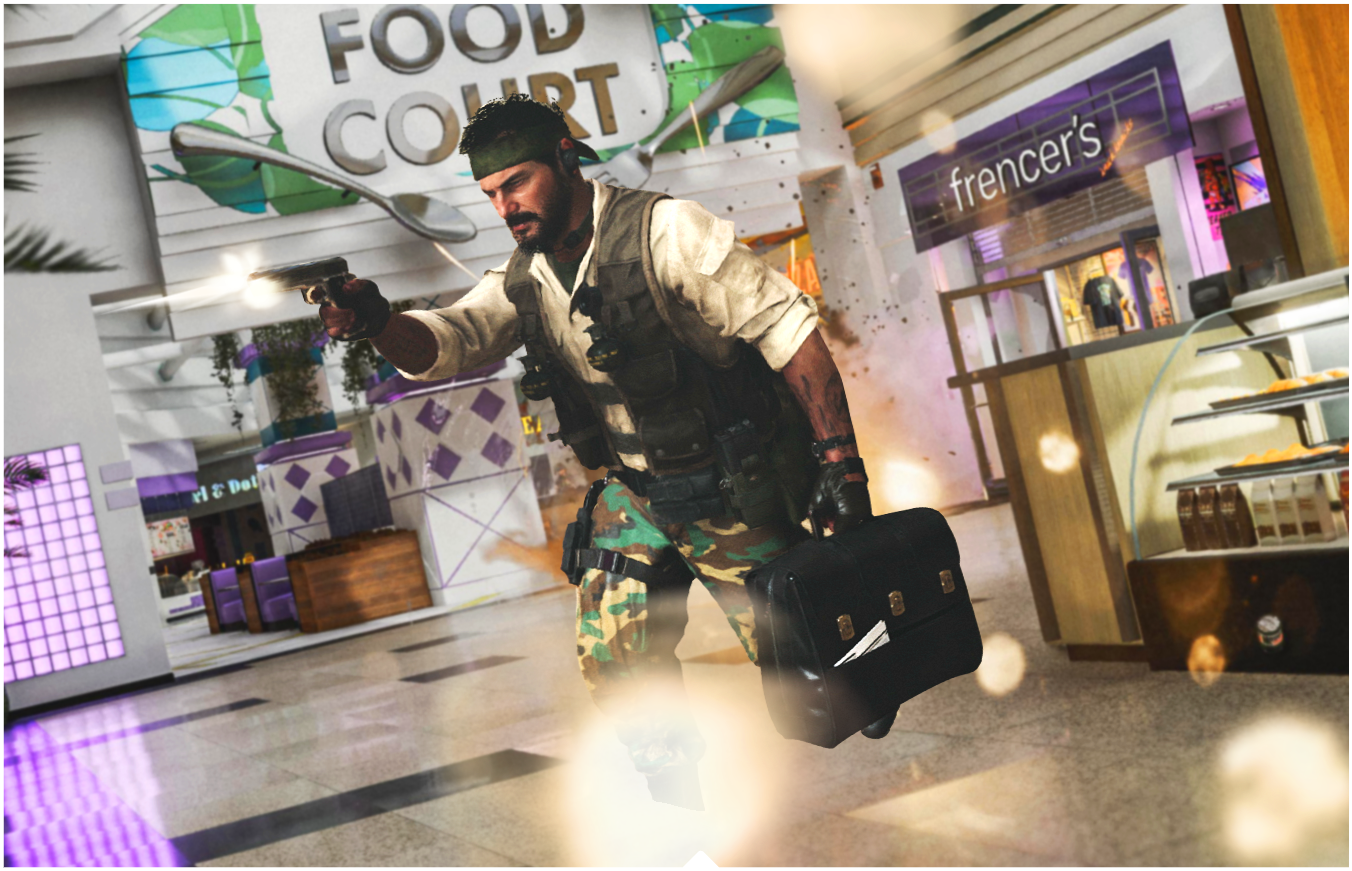 The Pines and Raid

Two new maps primed for 6v6 combat will also be available at launch, including the return of the iconic Black Ops II locale Raid. As for The Pines, this New Jersey mall is filled with neon-lit shops that give way to close-quarters combat, with the main walkways between the stores open enough for mid-range play and sniping duels. Raid is a sprawling luxury complex nestled in the Hollywood Hills in Los Angeles, California. Competition is fierce across this dream house, with three lanes and a central courtyard that will draw action from all sides.

The duo-based Multiplayer mode is back for Black Ops Cold War, complete with four new locales to prove your mastery with random loadouts every two rounds. At its launch, you’ll descend into the underground tunnels of U-Bahn, circle around a huge rocket in ICBM, play host to carnage in Game Show, and infiltrate a Soviet structure in KGB.

Fireteam will receive a brand-new map in Sanatorium later in January. This experimental Soviet health retreat features water combat via a lake that’s overlooked by the sprawling complex. As you fight nine other squads within the wooded hills, on the large dock, or within the hotel, be on the lookout for documents that have to do with Project Golova, a trial that recently extended out to a population within Verdansk. 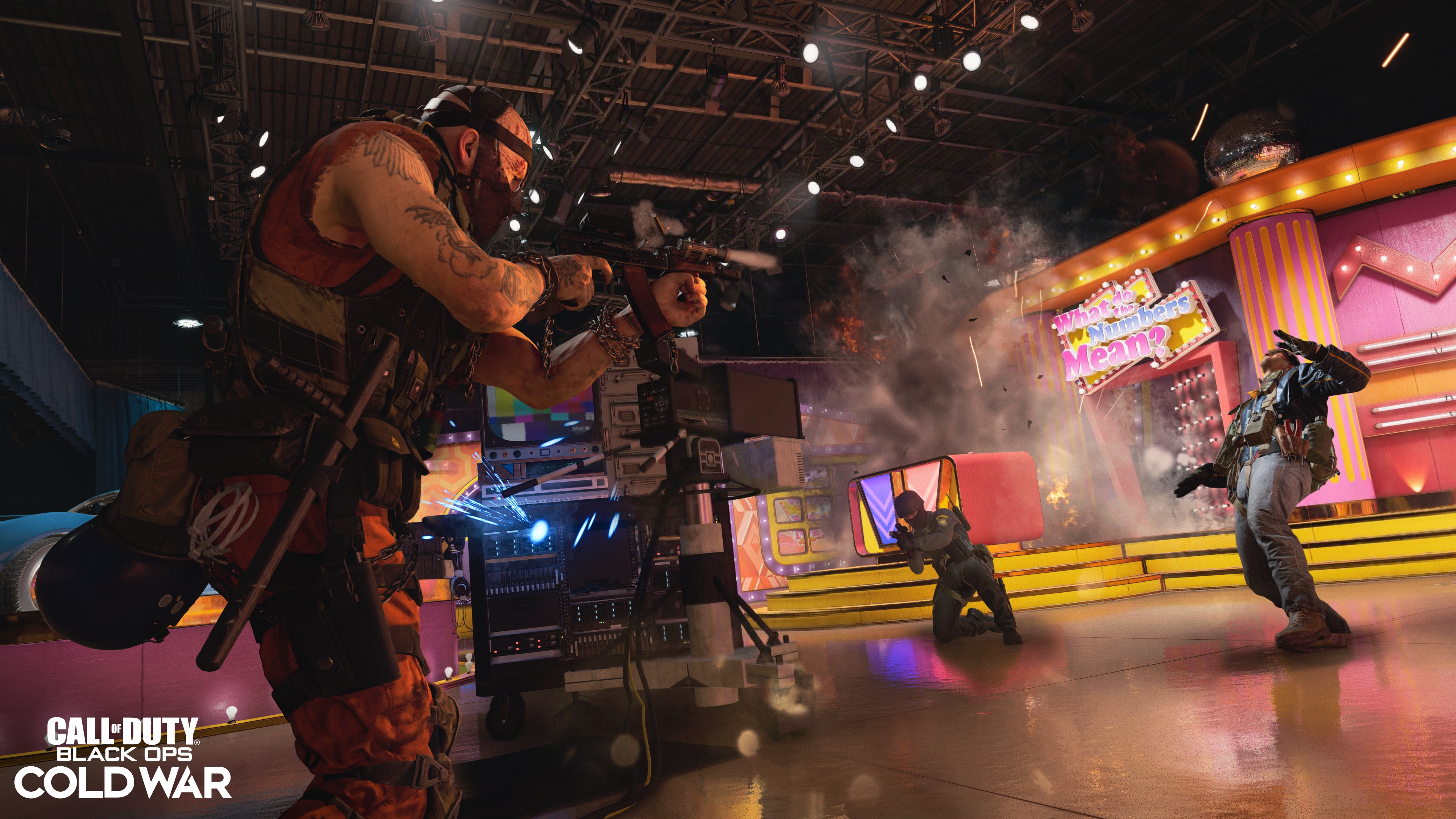 Season One adds two free weapons within its Battle Pass System: the MAC 10 and the Groza.

Purchase the Battle Pass to gain access to all 100 tiers of content, which include a new Finishing Move and Blueprints for the two new weapons, as well as Adler’s one-eyed ex-KGB adversary Stitch instantly at Tier 0. 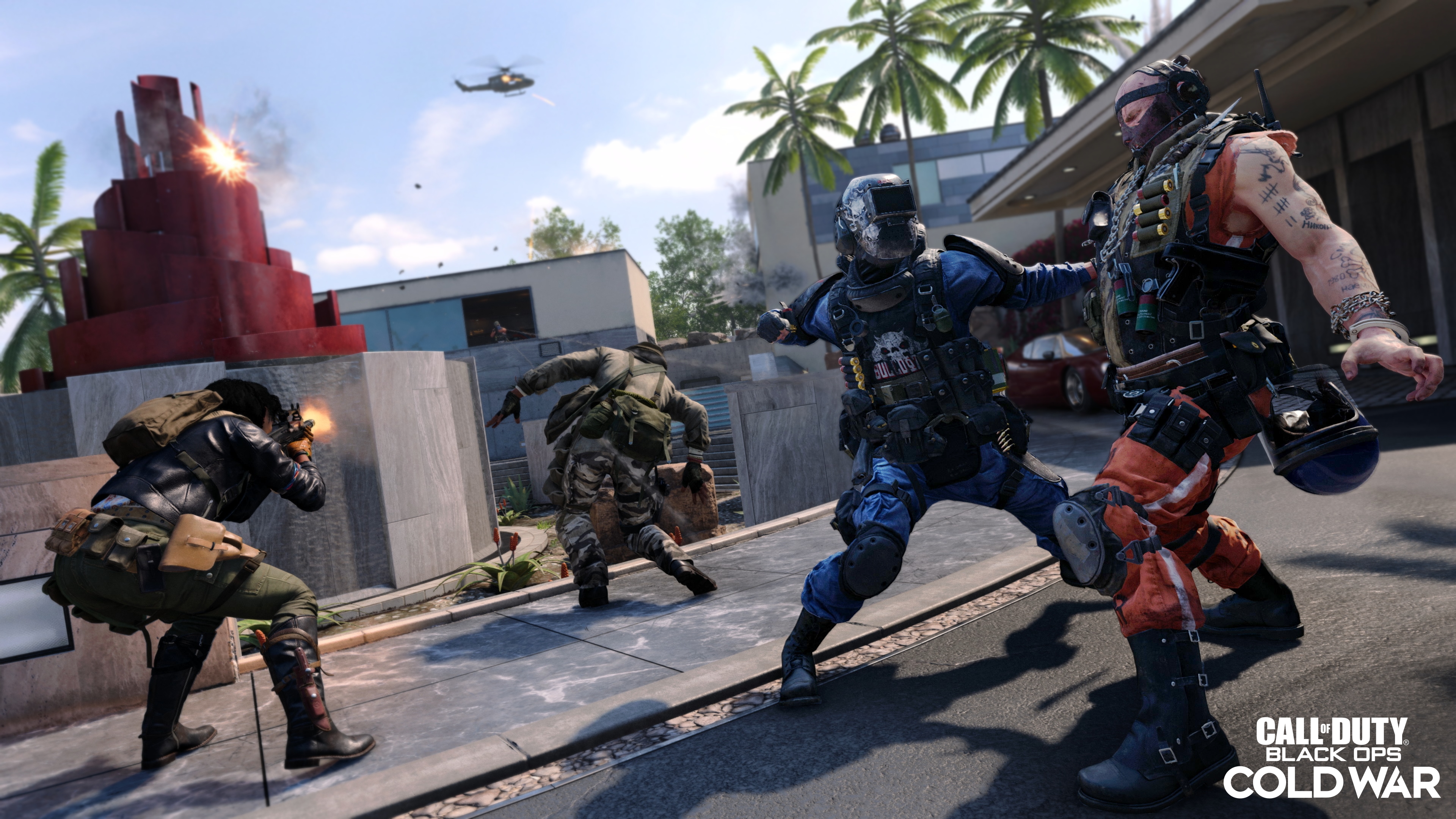 Stitch is a former KGB chemical weapons expert tasked with overseeing the production of bioweapons on Rebirth Island until 1968, when the island was raided by the CIA. Captured, he lost an eye during interrogation by Russel Adler. Soviet leadership viewed the loss of Rebirth Island a failure and sent him to the Gulag. There he was radicalized and recruited by Perseus. Later, when Perseus’ plans were in place, he arranged for Stitch’s jailbreak. He then installed Stitch back at Rebirth Island to restart the facilities there and create new stockpiles of the deadly nerve agent “Nova 6”.

Unlock Stitch instantly for Black Ops Cold War and Warzone in the new Season One Battle Pass system, then level up to unleash his Legendary Operator Skin at Tier 100.

A highly skilled member of a US Marine Corps Special Reaction Team, Wyatt “Bulldozer” Jones is a CQB and hostage rescue expert. Always first in the fight, Bulldozer strives to protect the defenseless and serves with distinction.

Obtain Bulldozer for Black Ops Cold War and Warzone as part of a Store Bundle later in Season One.

Senegal born DGSE Mobility and Heavy Weapons specialist Zeyna Ossou has been a motorhead for as long as she can remember. Growing up around the garages of her rally driver father, she jokes that she has gasoline in her veins.

Look for Zeyna for Black Ops Cold War and Warzone as part of a Store Bundle later in Season One.

Season One of Black Ops Cold War and Warzone is live on Battle.net on December 15 at 11 PM PST.

And get ready for vengeance.