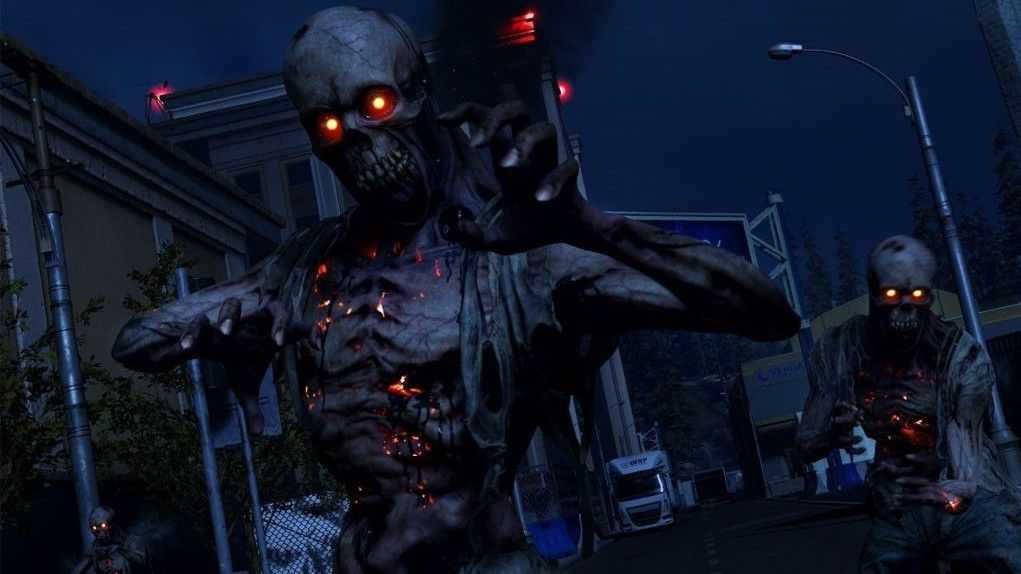 The arrival of zombies to Call of Duty: Warzone was always inevitable. The undead have been a key part of Activision’s first-person shooter series since 2008’s Call of Duty: World at War, and a new leak has confirmed that Raven Software will be bringing the horde permanently to Activision’s battle royale, in the form of a new Outbreak mode as part of Black Ops Cold War season two.

That reference to Fireteam, a mode exclusive to Call of Duty: Black Ops Cold War, doesn’t rule out the possibility that Outbreak won’t actually be a part of Warzone at all, but that seems unlikely, given the free-to-play game’s continuing popularity.

What’s more probable is that Outbreak will be implemented in a similar manner to Call of Duty: Black Ops Cold War season 1’s Rebirth Island, which has remained an addendum to the overall Warzone package; a bonus addition on top of the core Vedansk experience that’s also free to play, and thus stands apart from related seasonal updates to the mainline titles.

If that sounds confusing, welcome to your first experienced symptom of Activision’s efforts to make Warzone a unifying Call of Duty nexus. Similarly to how Amazon sells Kindle Fires at a loss in order to fold users into its Prime ecosystem, so too is Warzone now acting as a gateway to all things Call of Duty, encouraging those who downloaded the game for free to eventually invest some money into the ecosystem, whether that’s in the form of COD points, the latest battle pass, or a copy of the next mainline instalment.

It’s easy to see Outbreak as the next calling card in that recruitment drive, then, especially for Call of Duty Zombies fans who have yet to opt in to the undead offerings presented by Black Ops Cold War.

But can Outbreak actually work as a sustainable extension of the Warzone experience? We certainly know that the game is capable of hosting high populations at a silky smooth performance, and last Halloween’s Haunting of Verdansk event proved that throwing zombies into its battle royale rumbles can make for an entertaining multiplayer mash.

It’s also clear that Warzone is desperately in need of shake-up. As fantastic a map as Verdansk is, it’s currently the only large-scale arena that the battle royale has ever known, even as it nears its first anniversary. While a few changes to the terrain over the last twelve months – an underground network here, a blown apart stadium there – have offered some minor refreshments, a sense of stasis is nonetheless beginning to set in.

But Outbreak sounds more like a zombie-themed spin-off to Verdansk’s core battle royale than an expansion of it, which means the mode is going to need to be something special if it hopes to keep players happy for the next season and beyond. That said, Fireteam is one of Black Ops Cold War’s strongest modes: if Outbreak can maintain its sense of agency and carnage within the Warzone framework (feat. the living dead), then it might just work as the perfect way to kick off year two.

“Haunting of Verdansk proved that throwing zombies into Warzone can make for an entertaining multiplayer mash.”

What could help Outbreak nail that kick off, incidentally, is a Limited Time Event of the same kind that worked so well for Black Ops Cold War’s reveal last year. The recent appearance of an arcade machine within Verdansk’s hospital area suggests Raven is already laying the seeds for such an occasion, but that sense of anticipation needs to be met with an equally exciting payoff. Warzone’s Easter egg hunts haven’t always led to a satisfying conclusion, leaving an aftertaste of disappointment to an otherwise enjoyable internet goose chase, and Outbreak would be wise to avoid repeating that mistake.

We still have dozens of unanswered questions about Call of Duty: Outbreak. Is Verdansk still on course to be nuked, as so many teases have suggested? Will the mode bring Warzone’s battle royale setting firmly back into the Cold War? How does Treyarch’s evolving seasonal storyline all fit in to this? And, perhaps most importantly, could season two bring with it another fresh wave of new bugs, exploits, and cheats? If so, could that be the final straw for many who have grown tired of losing to aimbots, insta-stim griefers, and invisible enemies?

In short, a lot is riding on Outbreak to usher Warzone confidently into the next year of its live service roadmap. The game is still sailing on the tailwinds of its early success, but that momentum is starting to die down as cheats, balance issues, and the gaping lack of a new map continue to weigh on player’s enjoyment of its existing content. With that in mind, if it takes the undead to breath new life into this still nascent battle royale, then perhaps we should be welcoming the hordes into Warzone with open arms.

For more, check out the best Call of Duty games to play right now, or watch our full review of Watch Dogs Legion in the video below.