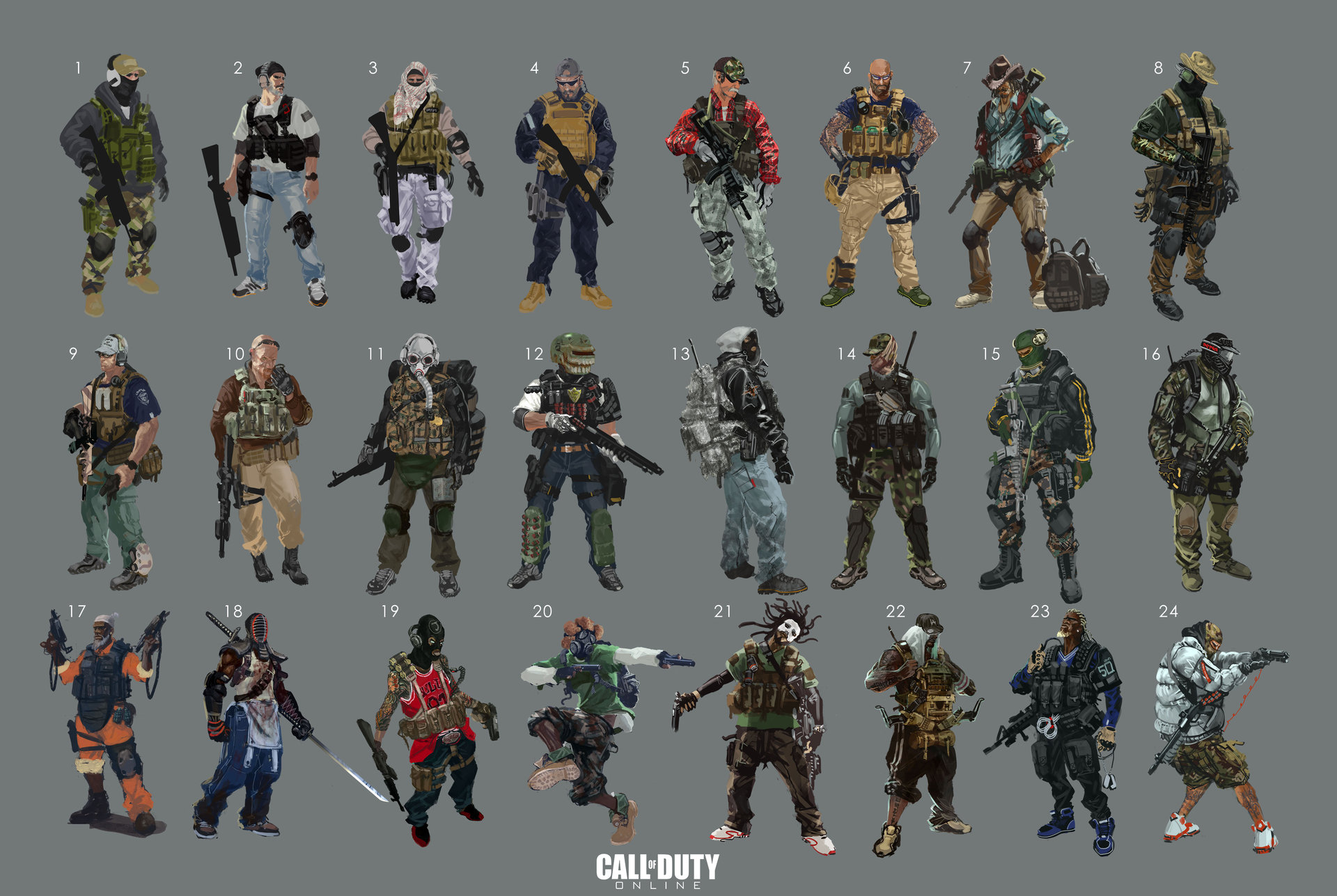 “Call of Duty Online will showcase the traditional features and play-modes of Call of Duty® with localized, unique content tailored to the needs and interest of gamers in China.” — Activision

Call of Duty Online (also known as CODOL, CODO and Call of Duty: Online) is a Call of Duty game released exclusively in China as a “free-to-play micro transaction game” published, marketed, and distributed by Tencent Games and fully developed by Activision Shanghai and Raven Software. The game was launched on January 14, 2013 in closed beta. The game features a new gaming model which gives the player the ability to personalize weapons, characters and equipment “with localized, unique content tailored to the needs and interest of gamers in China.”. The game also reuses dozens of maps, character models and weapons from both the Modern Warfare and Black Ops series, which can be seen in its trailers. Ghosts and Advanced Warfare contents have also been added. It can be seen as a mash-up of essentially all Call of Duty games from Call of Duty 4: Modern Warfare to Call of Duty: Black Ops 3.

There is also a robotic PvE mode in Call of Duty Online called Cyborg Rising and Survival Mode from Call of Duty: Modern Warfare 3. While the game is “exclusive” to China, it can be played in other countries with various methods, although no translations to other languages are available, making playing the game difficult, along with the drawback of playing on Chinese servers, where foreigners will have severely high ping and will have difficulty playing smoothly. It is also the second PC exclusive in the series; the other being the first Call of Duty released in 2003, making it even more difficult to access.

The game features a campaign mode in which the player controls Rook and has returning characters such as John Price, John “Soap” MacTavish and Simon “Ghost” Riley. The missions are derivations of multiplayer maps and singleplayer campaigns from the original Modern Warfare trilogy.

On November 30, 2013, Activision announced that Treyarch’s Zombies mode will come to Call of Duty Online. This returned as a game mode entitled “Cyborg Rising” The first map, Outpost, is a remake of Nacht der Untoten. The second map, Cyborg Lab, is a remake of Verrückt, and the third map, Ghost Swamp, the remake of Shi No Numa. The characters were Cowboy, Trigger, Sergeant, and Lv Bu.

In a later version, due to some complicated reasons, Raven Software simplified Cyborg Rising mode. Now, the four special characters and a few other features have been removed.

Cyborg Evacuation, or simply Evacuation, is a game mode featuring some remade multiplayer maps where the player has to find survivors and gather them at the evacuation point whilst being faced with multiple and varying difficulties of Cyborgs. This gamemode is available to play on medium, veteran and heroic. Each one has an increasing amount of survivors to be found. Once the player have escorted all of the survivors the player will then have to face a massive boss mother ship along with rapid amounts of Hellhounds, Cyborgs and Roarers with miniguns. Once done, the players will escape on a helicopter to end the game. Killstreaks and ammo supplies are also placed around the maps similar to the ones seen in the Survival Mode. Both ammo and killstreaks need pokers to be bought. The gamemode can be played with up to six other players.

Currently there are five maps available to play for Cyborg Evacuation, which are Night Quagmire, Farm, Ambush, Estate Tropical and Seatown, more will be added through updates.

There are various weapons in Call of Duty Online that have appeared in the Modern Warfare series. The weapons are able to be highly aesthetically customized, even in areas that haven’t been able to be customized before, such as stocks, magazines, and handguards. New weapons and attachments get added through updates, while a few have been removed for unknown reasons.

There is also an incredible array of weapon attachments available to customize a weapon. Attachments also get added through updates.

Camouflage also appears in Call of Duty Online. Please note that this list is incomplete; it will possibly continue to be in this state as information about the game in english is limited.

The multiplayer maps are a mix of maps from the Modern Warfare series and Call of Duty: Black Ops. New maps get added through updates as well. Most of the maps feature updated graphics and lighting changes from their previous games. However, some of the maps have drastic theme changes. Some of these maps have been removed as of version 2.2.1.5.

There is a vast amount of equipment to choose from in this Call of Duty.

The factions playable in multiplayer are the same as those in previous Call of Duty games. Not much is known whether the factions are the exact same ones, these were taken from various in-game screenshots that included Domination flags.

Many killstreaks have been removed since the present version 2.2.1.5