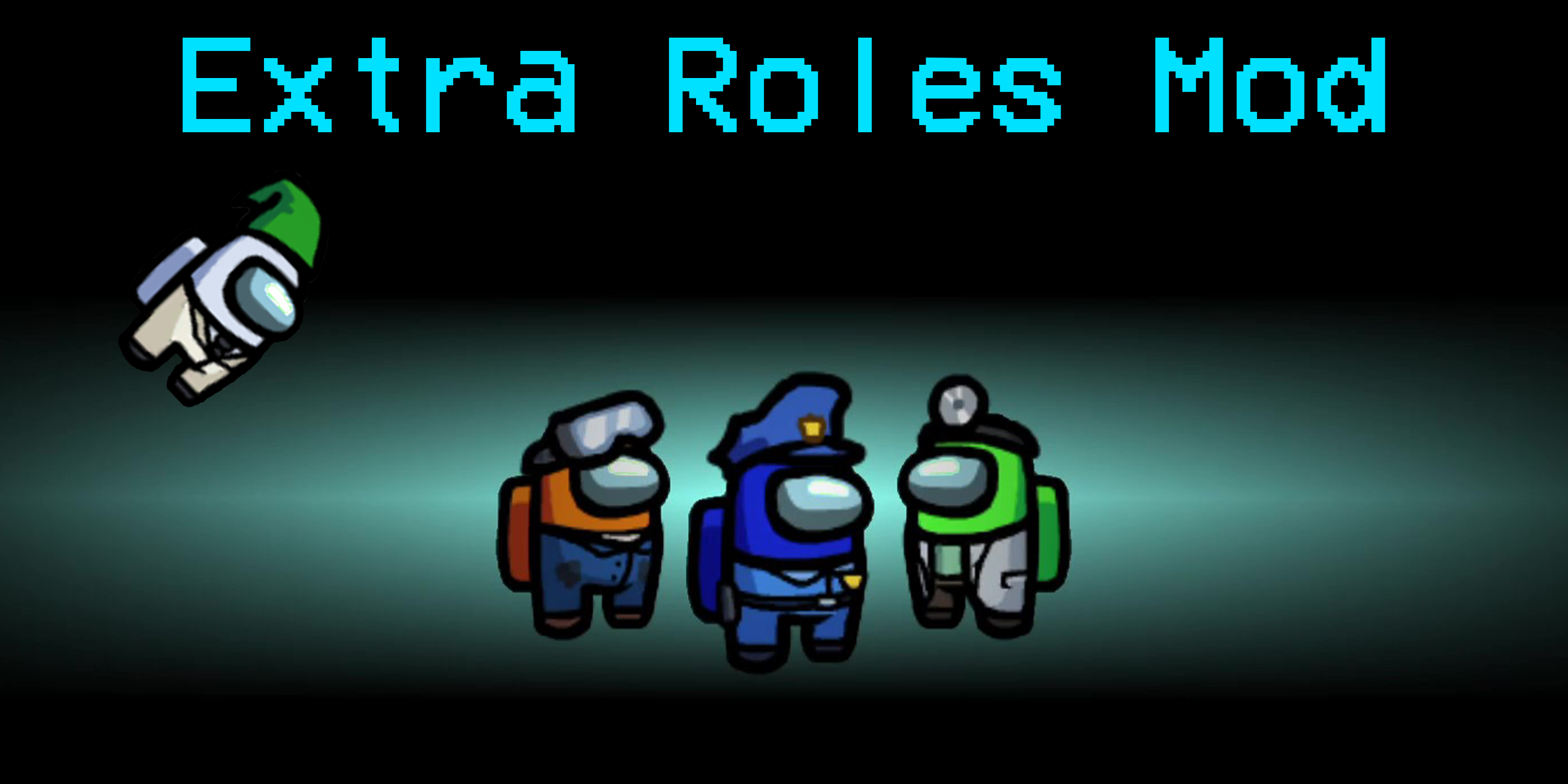 A BepInEx mod for Among Us that adds 4 new roles into the game. This mod will work on Innersloth servers, but everybody in the lobby has to have the same version of the mod. For help with installing the mod, getting it to work, or fixing an issue, join the Discord.

This mod cannot be installed on Android/IOS/Epic Games

The Medic can give any player a shield that will make them immortal. Although, if The Medic dies, the shield will break. The only exception is The Officer; they will still die if they try to kill a Crewmate. The Medic’s other feature shows when they find a corpse: they can get a report that contains clues to the killer’s identity. The type of information they get is based on a timer that can be configured inside the lobby.

The Officer is a class of Crewmate that is allowed to kill people, similar to Impostors. Their goal is to locate the Impostor and deliver vigilante justice, but if they accidentally shoot a Crewmate, they die instead.

The Engineer can repair one emergency per game from anywhere on the entire map. The other ability of The Engineer is that they are able to use the vents that were previously exclusive to Impostors.

The Joker is interesting; they aren’t part of the Crewmates or Impostors, and they can only win by being falsely convicted as an Impostor. If The Joker get’s voted off the ship, the game will end instantly. The Joker also has no tasks.

Here’s a quick video if you can’t be bothered to read the steps: https://youtu.be/gtuqYsdir_k
For the rest of you, here are the installation instructions.

Default: false
This is the game setting that toggles whether the Medic’s name is lit up green for everybody in the game, or just themselves.

Default: true
When The Medic shield’s somebody, their visor will change to the color cyan. If this setting is set to 1, everybody can see the color change. If not, only the shielded player can see.

Default: true
If this setting is enabled, the shielded player will hear a ting noise when somebody tries (and fails) to murder them.

Default: false
If this setting is enabled, The Officer’s name will be lit up blue for everyone. If it isn’t, it will only be lit for themselves.

Default: 30
This is the kill cooldown length for The Officer. The first cooldown on the first round will be equal to ten no matter what, just like the Impostor.

Default: false
If this setting is enabled, The Engineer’s name will be lit up orange for everyone. If it isn’t, it will only be lit for themselves.

Default: false
If this setting is enabled, The Jokers’s name will be lit up grey for everyone. If it isn’t, it will only be lit for themselves.

Default: Impostor
This settings control what will happen when The Officer attempts to kill someone in the game.

Time Where Medic Reports Will Have Name

Default: 5
The amount of time (in seconds) that The Medic will have to report the body since death to get the killer’s name.

Time Where Medic Reports Will Have Color Type

Default: 20
The amount of time (in seconds) that The Medic will have to report the body since death to get the killer’s color type.
“color type” means either “lighter” or “darker”, and a full list of colors and their types are included at the bottom of the page.

Default: 100
The percentage chance that anybody in the game will become The Medic.

Default: 100
The percentage chance that anybody in the game will become The Officer.

Default: 100
The percentage chance that anybody in the game will become The Engineer.

Default: 100
The percentage chance that anybody in the game will become The Joker.

If you ever need to talk to someone for help fixing an issue, want to report a bug, or suggest a feature, do not hesitate to join the mod Discord Server.

Among Us on Steam

Sims 4: 10 Best Cheats For The Get Famous Expansion Pack