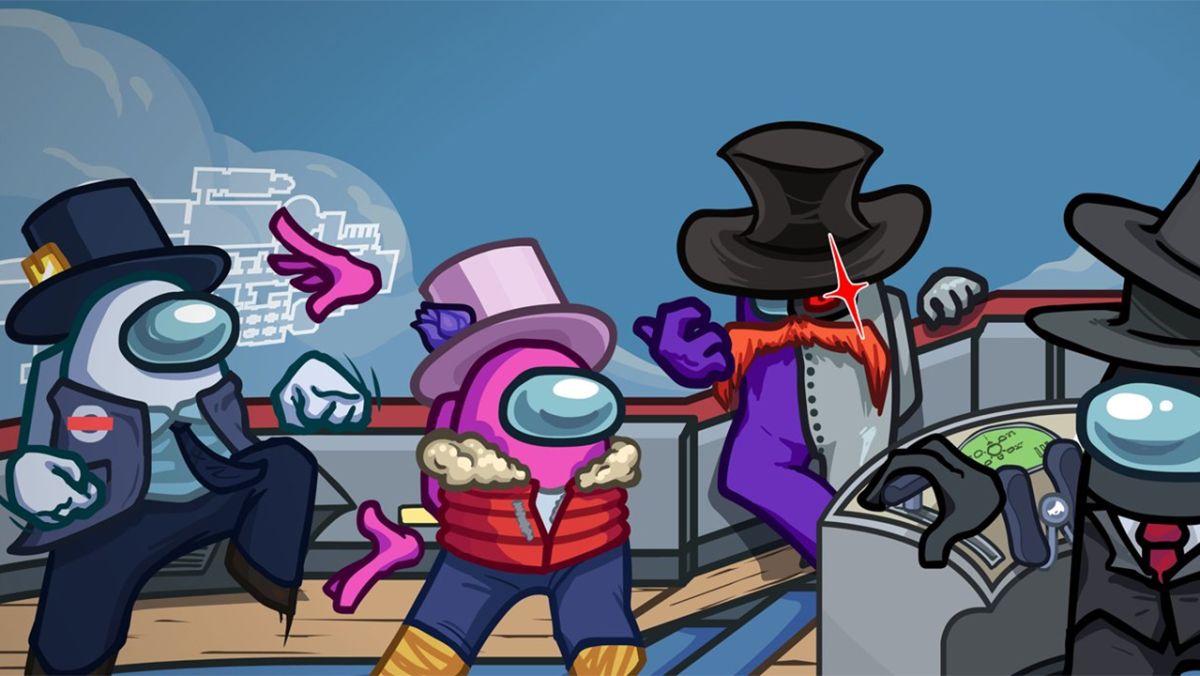 Download Among Us The Airship guide: Cheat your friends on the most complex map yet for FREE

Need a hand with the Among Us Airship map? The latest Among Us map is bigger and more complex than ever before. The Airship has 18 rooms, 12 vents, loads of ladders, lots and lots of doors, and a moving platform. Oh, and you also have to choose your starting location (out of three randomized options), so you better start memorizing the outlay of the map.

But don’t worry, I’ve put together the Among Us Airship tips you need to know before taking off, and everything you need to know about its sabotages, vents, and tasks, so you can complete your mission, Crewmate or devious Imposter.

Among Us Airship guide: Tips, vent locations, and sabotages

Starting location
If you’re an Imposter starting in the same location as a Crewmate, consider a quick kill (if your cooldown time allows it). Likewise, if Crewmates remember who spawned next to them, they might easily catch the first Imposter.

Admin, Security, and Vitals
Using the three security systems will greatly increase the Crewmates’ winning chances. You can track people’s locations using Admin in the Cockpit, view their health bars using Vitals in the Medical room, and watch the security cameras in the Security room (six in total, see picture above).

Security cameras
One of the security cameras is aimed at yourself. Especially when the killing range is short, Crewmates may decide to run if they see a suspicious person sneaking up on them.

Mind the shadows
Remember that you can’t see a body (living or dead) if they’re in the shadow. So, when crossing a room like the Armory, you have to walk around the corners to check for bodies.

Airship body-hiding spots
The Airship offers plenty of isolated killing spots for Imposters. If your victim was standing behind the upper engine in the Engine Room, next to the guns on the wall in the Armory, or behind a toilet door, their bodies will be hard to find.

Meeting Room
Crewmates should pay extra attention to the Meeting Room (top of the map). It’s isolated and can only be entered on the left side. There are no vents, though, so anyone watching the security camera near the entrance might catch an Imposter.

Most Airship sabotage options are similar to those on previous Among Us maps. Here’s a list:

As you can see in the picture, the Airship has four separate vent systems. Each consists of three interlinked vents. Only the one on far left requires an extra stop when going from the top to the bottom one, and vice versa.

Pay extra attention to the vent located in the Vault. If you’re a Crewmate watching the security cameras and you suddenly see someone leaving the Vault without coming in first, that’s your Imposter. Likewise, Imposters might want to avoid venting to the Vault and leaving the room.

Naturally, the Airship has a bunch of new tasks. You’ll find yourself cleaning toilets, showering, and making burgers. Unfortunately for Crewmates though, there are no visual tasks on the Airship. It’s a bit confusing, because you will clearly see your own animations when doing tasks like showering and picking up towels. But don’t be misled: other Crewmates can’t see these animations.

There are only two common tasks on the Airship: Fix Wiring (multiple locations) and Enter ID Code (in the Meeting Room). If you get the ID task, it’s wise to go there in a group or to have someone monitor Security.

How to Update Among Us on Mobile and PC

What Among Us’ Skeld.net Public Server Is (& How To Use It)